These are photos which have been deagerly awaited.  They show the first 20 computers installed and in use in Utange primary school.  This was one of the results of my trip to Kenya over the summer; having met Susan, the lovely computing teacher there, and distributed 10 solar lamps to the school, I asked her what would most help the school.She told me that, with such large classes (between 80 and 120 pupils with one teacher), more computers would be of huge benefit.  The pupils use the computers to study Maths and English at their own level.  They had 20 computers, donated by a group in Mombasa.  She told me that 40 more would enable pupils to work in pairs at a computer, or to work individually while a teacher taught the rest of the class.
I was thrilled by the generosity of the response I received and sent off the money before Christmas.  There was a delay (caused by the computers being held up at the port in MOmbasa) but they have now arrived, and Susan sent me these photos to share with all who donated. 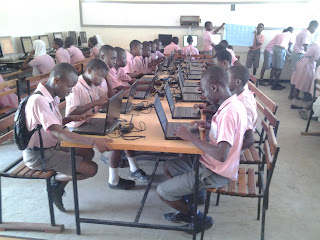 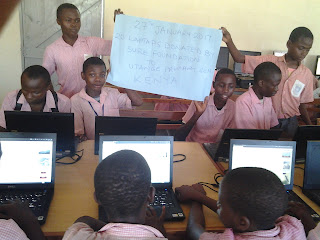 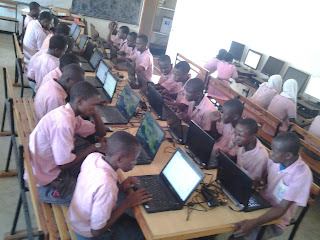 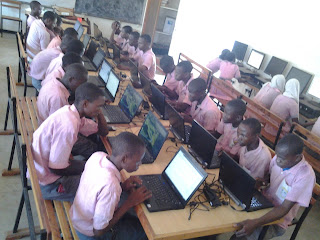 If you would like to donate, you can do so through my JustGiving page here.  I hope to send the money to pay for the remaining 20 computers this year.

Posted by Sewing for Utange at 13:20 No comments: