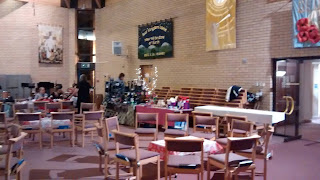 I had a wonderful evening last night at Bromham Ladies' night.  The Church was beautifully decorated, with free crafts, pampering and unlimited puddings. 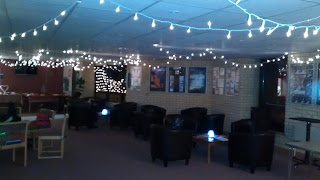 We were entertained by Unisong, the local community choir, and everyone seemed to have a wonderful time. 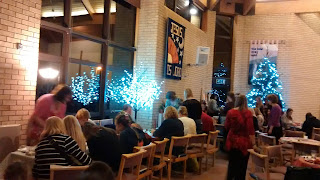 The money raised is being given to the Utange project, to help with the orphanage, feeding programme and, the latest project, building a high school in the village.  I had a fabulous evening of sales, making a staggering £378. 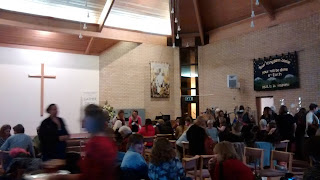 Posted by Sewing for Utange at 07:56 No comments:

How does your garden grow? This would be a great present for a gardener.  As with others of the applique bags, I have used a Hobbyycraft Fat Quarter pack for these applique squares.  I can see that I will be doing a lot of applique sewing after Christmas; I am already planning which lines I intend to stock up on in large numbers, and this style of bag is definitely one of them.
Posted by Sewing for Utange at 06:00 No comments:

I have been eagerly awaiting these photos.  You may remember that I ordered forty solar lamps back in July - ten for each of four Utange schools: Utange Baptist Primary, St Peter the Rock, Noah's Ark Academy and Utange Primary School.
The lamps arrived in Utange at the end of them month, just after most schools had closed for their holiday.  Pastor John was able to distribute the Utange Baptist Primary School lamps, as they had not quite finished their term.  The head teachers of St Peter the Rock and Noah's Ark Academy both came to collect theirs.  Unfortunately Pastor John was not able to contact anyone from Utange Primary School, and so I resigned myself to waiting until the new term started.
Unfortunately, it didn't - start that is.  There was a major teachers' strike in Kenya, and all schools remained closed for an extended period.  Then John went off to do his spell at university.  Yesterday, however, I received these photos: 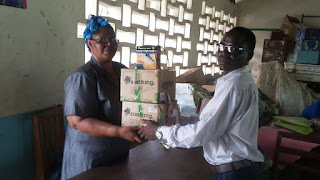 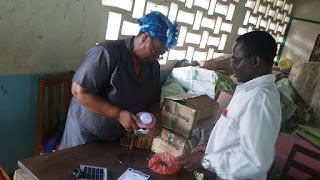 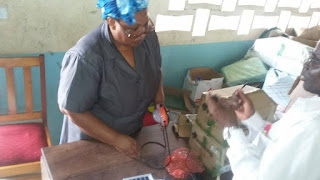 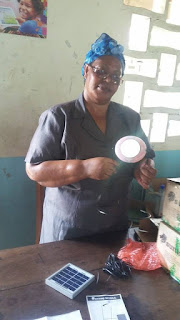 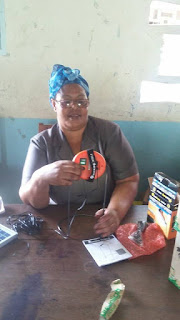 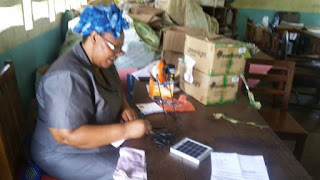 John told me, in his message, that the delivery went very well - "they did not expect any gift".  My prayer is that the lamps will be a blessing to their recipients.


Posted by Sewing for Utange at 06:00 No comments: 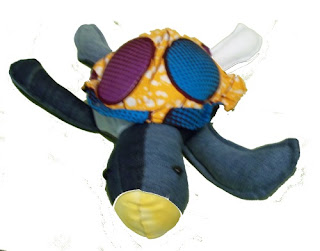 This is another new "cuddly" pattern for this year.  I am careful to tell purchasers who suggest that they are buying these for a child that these are not designed as toys; they are not tested to the standards to allow this, and I do not have time to do so!  However, they do make great decorations for a child's room.
This is another Funky Friends Factory pattern, and another which is a delight to make.  Using the African fabrics for the shell makes them very attractive; even so, I was surprised at how well they sold on their fist outing.

The little unlined pocket purses continue to be very popular, particularly at events where children are present in large numbers.  To my mind, these are ideal for tucking in the car for parking money, or slipping into a school bag for tuck shop funds.  At only £1 each, I love being able to tell purchasers that the price they have just paid will feed a child on the feeding programme for a week. 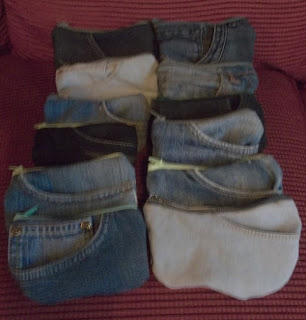 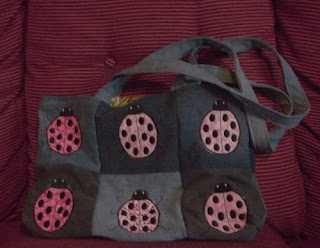 This was another applique pattern bag.  These have proved very popular this year, and I foresee that my (fast approaching) new year restock will include a number of applique bags.  I have to say that the Fat Quarter packs from Hobbycraft are very useful for this design ... maybe this is a great excuse to buy more of them!!

Posted by Sewing for Utange at 19:13 No comments: 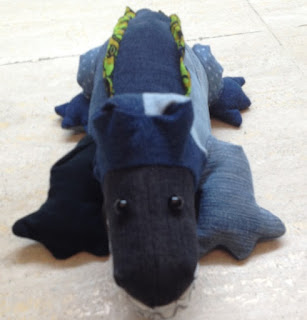 Anyone else remember this children's rhyme / game? To me it evokes cold playgrounds with groups of children trying to keep warm.
My Mr Crocodile really isn't very threatening - he is far too cuddly!  He is made from another Funky Friends Factory pattern - quite a lot of pieces, but a pleasing result.  I even enjoyed hand sewing the teeth - and hand sewing is not my favourite occupation!
Posted by Sewing for Utange at 21:52 3 comments:

Well, it is all done for this year.  I think the hardest part is the take-down, packing the car and unpacking it on arriving home!
Day two, while not as phenomenally successful as day 1 in terms of sales, still had plenty of rewards, and the takings were close to my previous single day sales, ad £329.  That made the grand total £929 - an amazing income for two days of sales.  Being a bit of a geeky statistics-minded computing teacher, I had to work out the hourly rate!  On Saturday the sale was open from 9am until 7pm - ten hours in total.  So £600 over the day works out at about £60 per hour.  On Sunday we were trading from 10.30am until 5pm - a total of 6.5 hours.  That made the hourly rate £50.61 or thereabouts. Overall,  the hourly income worked out at £56.30 - not a bad rate of income!

I had some lovely moments - selling the two hippo footstools I had completed that morning within the first hour was one of them!  The repeat customers who came to add to their menagerie were very welcome - but equally so were two girls, Molly and Sophie, who came and enjoyed Comfy Humphrey and were very interested in the project.  They asked all kinds of questions - and told other customers what they had found out.  I was very tempted to employ them as sales assistants - they were very convincing and very knowledgable!  Molly and Sophie - if you read this, thank you!  I hope you will come and see me again, whether or not you decide to save up your pocket money to buy an animal - or a Humphrey! 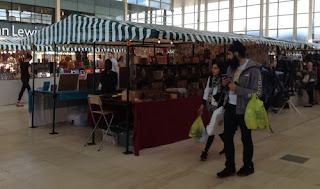 I left with considerably less stock than I came with - three large plastic boxes, two large plastic bags and five hippo beanbags less!  I also left with a considerable amount of money to be used to help the people in Utange.  Thank you, MK.
(edited to add)
Here is Jaqcui's photo of my stall on Saturday, proving how busy I was! 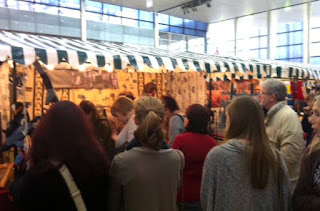 Adding to the menagerie!

I did a lot of restocking to lead up to the Christmas season.  I lost count of the totals, but I know I made a positive herd of elephants!  Here are some of those, ready for MK (where many were sold!)
Posted by Sewing for Utange at 16:00 No comments:

His name was coined by a visitor to my stall at MK Handmade and Vintage this weekend - and it really fits, I think! 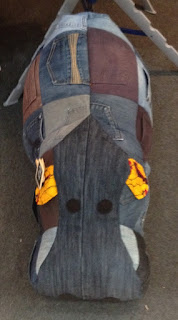 Humphrey is a hippo, made from this McCalls pattern. I have to say, the pattern is a dream - really straightforward and not too many pieces.  My problem was, initially, that this hippo is very large - think child's beanbag or footstool size.  Which is great - until you are making it from recycled jeans.  The gussets can be cut from two (large) pairs of jeans, but the sides are just too big for this.  So I had the idea of making Humphrey's sides from pockets sewn together.  This has an added bonus - what better place for the remote controls for the TV etc?!  I made six Humphrey's, and sold five of them at this weekend's event.  In addition, I have just received a request - someone bought one, and wanted to know if I have any more as she would like another one!
I filled Humphrey with bean bag beans, which makes him pleasantly squishy.  He is long enough for a small child to lie on lengthways; makes a great footstool; a child can sit astride him, or sideways; he is just the right height to be a pillow if you want to lie on the floor.  I suspect I will be making many more.
Posted by Sewing for Utange at 19:58 No comments: