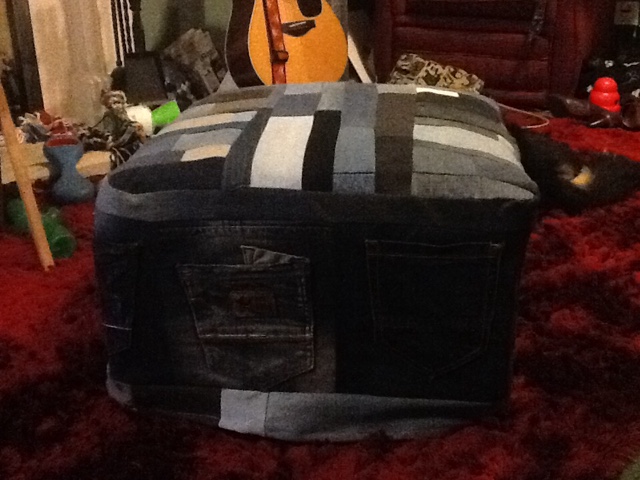 I am pleased with how it has turned out, and have two more pieces in creating on. Hopefully all will be available for purchase at the MK handmade and vintage fair in Middleton Hall at the start of November.
Posted by Sewing for Utange at 19:15 No comments:

Well, it is hard to believe I have been back over a month.  I do feel as if my feet haven't touched the ground.  However, in many senses I can see that a huge amount has happened.
A few weeks after my return I spoke at Church about my trip and God's provisions during it.  (You can listen to it here if you wish to).

I also announced my hope of collecting enough money to buy 40 reconditioned computers for Utange Primary School.  They currently have 20 donated computers, and the teacher I spoke with told me of the difference it makes for her pupils, who are taught in classes of between 80 and 115, to be able to work at their own level on Maths and English tasks through a computerised learning system.  Each computer will cost about £140, so I know this will be a significant challenge for me.  I explained that I have never asked for money before - only for people to buy items I make if they like them.

Two weeks later, I have beein given the money for 7 computer already, with funding promised for another ten.  Some people have donated the money for a computer individually. Some groupd of friends have joined together to pay for a computer as a group.  One 8 year old girl at church brought me £10 from her piggy bank after talking about the project with her parents.  A friend discussed what I had been doing over the summer with one of her clients.  The client then said that she had just moved house and had found about £70 lying around at home - and I could have it for the computers.  That friend's employers then matched the donation.  Another friend came to me immediately after the service to say that he had been to the cashpoint that morning and there was exactly £140 in his account which should not, by his accounting, have been there - so he wanted to donate it.  Amazing stories.

If you would like to contribute to this fundraising, here is the link to my Just Giving page.  I - and the children of Utange Primary School - would be very grateful.